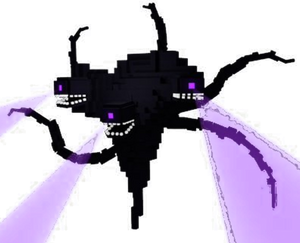 "We know what you're doing down here. Soul sand and three wither skulls? You're building a Wither!"
—Jesse to Ivor about the Wither Storm. (Determinant) src

The Wither Storm, or the Witherstorm, is an enormous, advanced Wither that served as the main antagonist for the first four episodes of Season 1 of Minecraft: Story Mode.

It was created by Ivor through the use of the command block, which was later destroyed in the conclusion of the fourth episode. It was programmed to follow Gabriel the Warrior's amulet. However, due to some mishaps, it became out of control and unstoppable, destroying everything in the way of the amulet.

It was destroyed by Jesse and their gang in "A Block and a Hard Place".

When created, the Wither Storm appeared to be a regular Wither with a Command Block within its chest. Though as it began to pull in the surrounding blocks, it quickly transformed into a gigantic, black creature with long, powerful tentacles, and along with its three heads. With each head comes one purple, glowing eye and a large set of mandibles. The Wither Storm was also made of mostly obsidian, with a nether brick interior, and quartz teeth.

While the storm still held some of the similarities as a normal wither, it contained a few enderman-like qualities as well. The tractor beam was able to pull blocks and objects towards itself. The ability can be compared to the abilities of the endermen. Both were able to manipulate a block's location without tools or breaking it, similar to how an enderman can pick up any block. The Wither Storm's anti-gravity beam was also purple; the associated color of the end.

At the end of "The Last Place You Look", the Wither Storm was split into three separate entities. Two of them resembled slightly smaller versions of the original but with only one head. The other one was the main Wither Storm monster also with one head; it had the largest body and held the command block inside.

The Wither Storm was a very powerful creature. It gained its extraordinary capabilities with the help of the Command Block. Its powers were:

The list below shows the victims the Wither Storm has killed:

The parts to summon the wither storm hidden in Ivor's layer 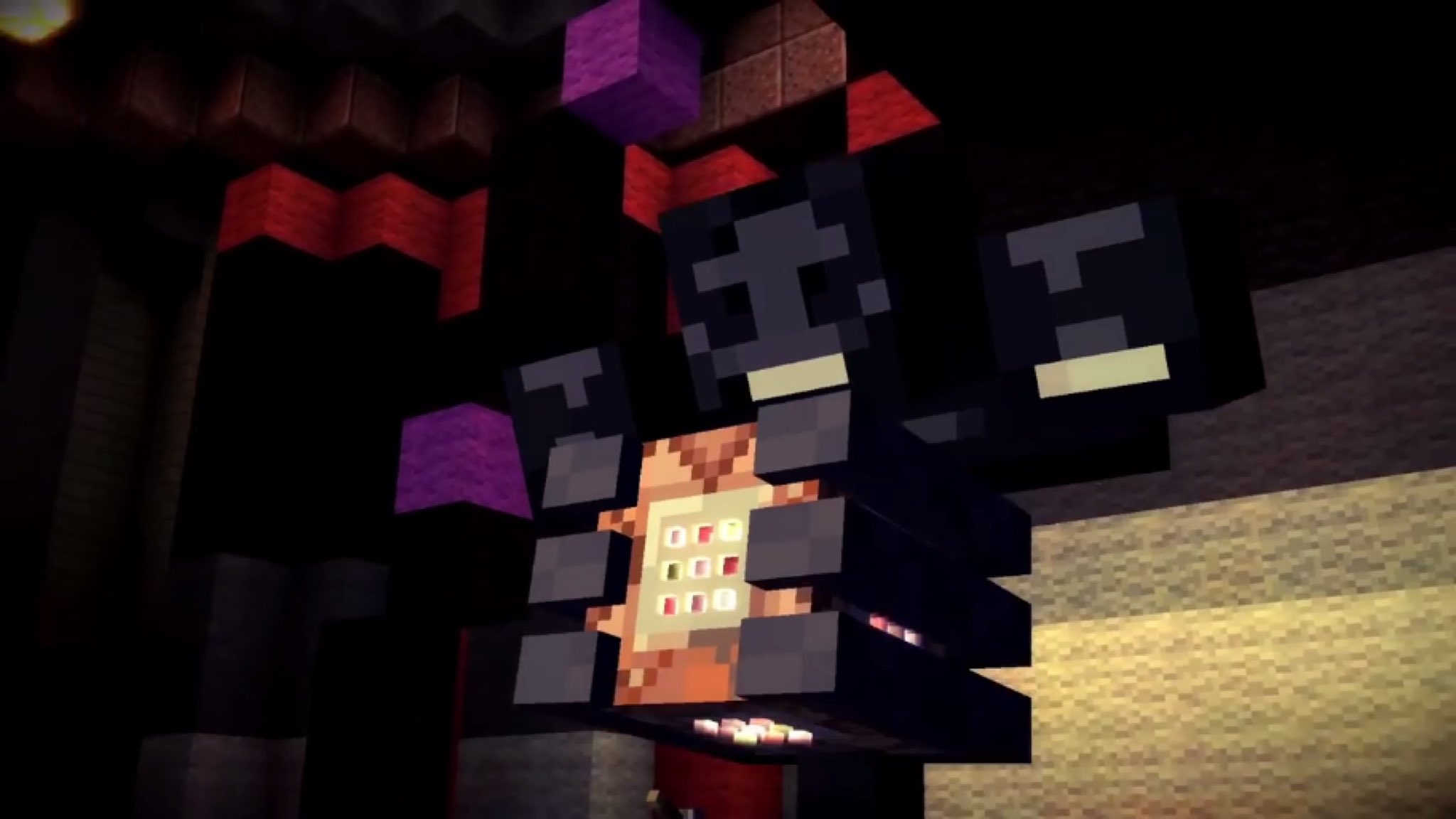 Witherstorm sucking up blocks in order to grow in size

The beginning of the wither storm (Wither with command block)

Development of the Wither Storm, with one of its heads having mutated with a purple eye and a strange mouth.

Jesse about to throw the potion in an attempt to kill the Wither Storm.

Jesse's gang and Gabriel running from the Wither Storm.

Gabriel being sucked up by the wither storm's tractor beam

The wither storm sucking people and blocks up 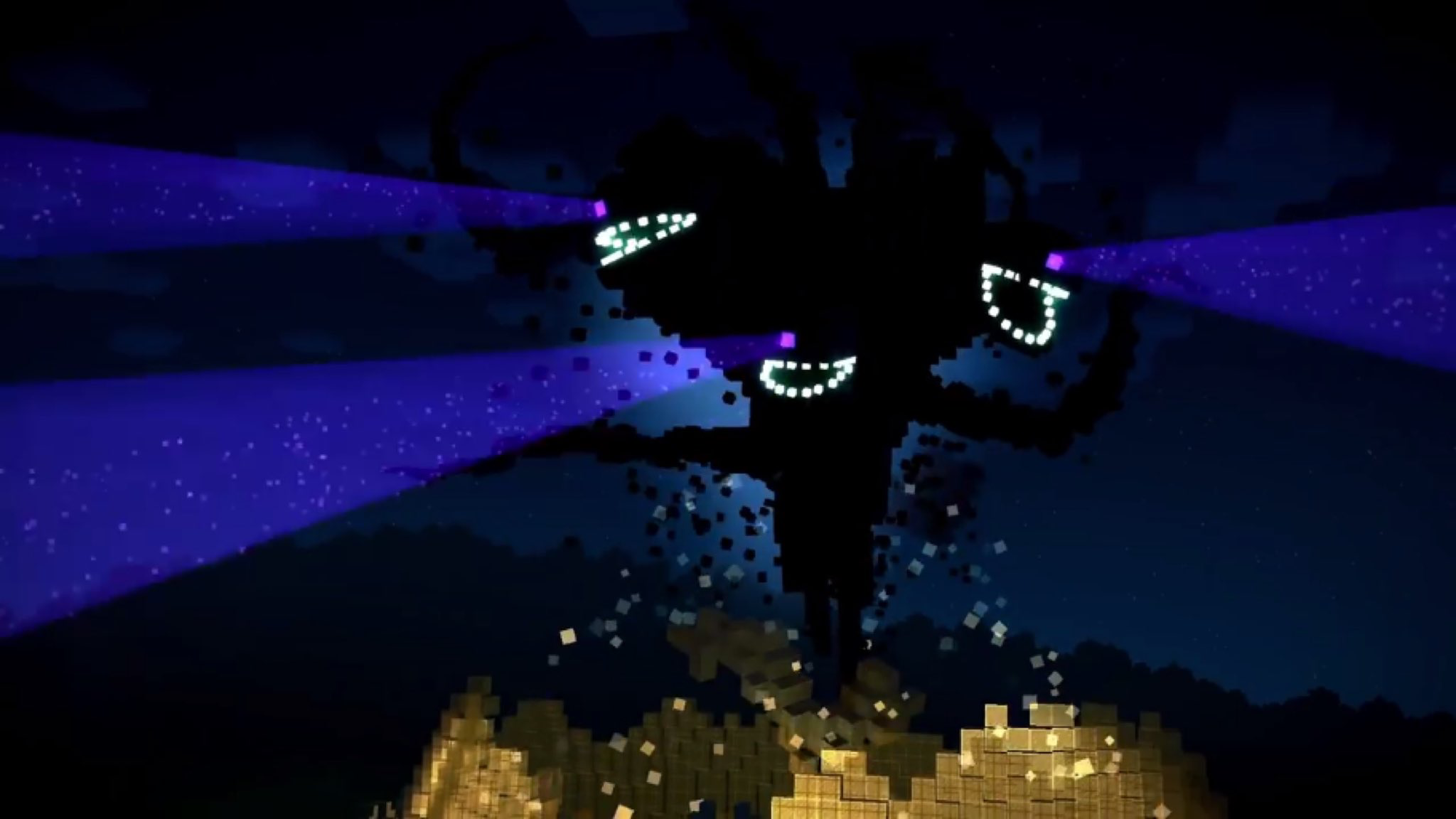 The Wither Storm in its full form.

The wither storm shooting fiery wither skulls from its mouths 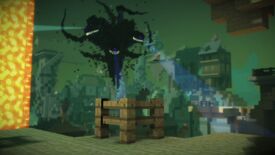 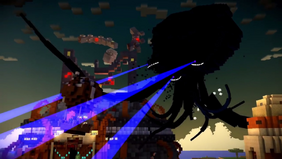 The Wither Storm in Episode 3.

Jesse being sucked up by the Wither Storm

The Wither Storm reviving after Jesse discovers the command block is not destroyed. 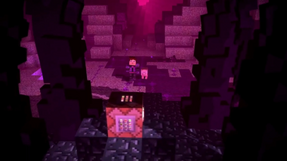 Jesse and Reuben inside the Wither Storm.

Jesse Inside the Witherstorm
Add a photo to this gallery
Retrieved from "https://minecraftstorymode.fandom.com/wiki/Wither_Storm?oldid=189623"
Community content is available under CC-BY-SA unless otherwise noted.