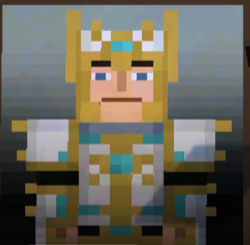 A Portrait of Tim

The Games (In the story)

Tim is a fictional character in Minecraft: Story Mode who was fabricated by The Old Builders. He was created as a legend who won the games and took his entire team home.

While Tim was never actually seen, rumors were spread that he was a muscular three block tall male. Several posters of him around the competitors' village also depicted him as wearing white and gold armor.

Tim's fictional personality was not explored during the episode; however, it can be assumed Tim was told to be very brave and daring since he single-handedly took his entire team home by carrying them over his shoulders. He was also supposed to be very modest.