A portrait of the 3 Admins (Xara, Fred and Romeo) together.

"Above and Beyond" (Romeo) (Xara, determinant) (Fred, hologram)

Were you looking for Romeo, commonly known as The Admin?

The Admins are a group of world-creators with amazing powers in Minecraft: Story Mode.

Fred, Xara, and Romeo used to spend most of their time in a cabin. Later, they all left the cabin and expanded upon the first world that existed The Underneath, and they created their own villages, becoming well respected and praised among all the people. Romeo, still reminiscent of their past, built his town/arena Romeoburg around the cabin that they had lived in, however, Xara and Fred were all for starting anew, making their own towns Fred's Keep and The Oasis. After Romeo lost himself trying to keep the Admins together, he is said to have bedrocked over the Underneath and created the Overworld.

As an admin, one is given a unique set of incredible powers. Being that Romeo is the only active Admin in Minecraft: Story Mode before losing his powers, we are given a look at what one can do with these set of powers, a few of which are usable in Minecraft itself, either by certain features in a server or commands. 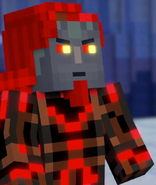 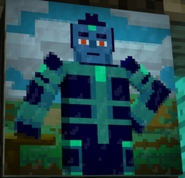