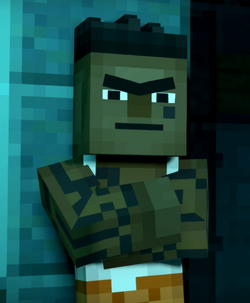 Terry is a minor character and a "guest" of the Sunshine Institute in Minecraft: Story Mode Season 2. He first appeared in "Jailhouse Block" and is voiced by Shane Snider.

Not much is known of Terry's personality; only that when hungry, he is willing to go to desperate measures such as attacking other "guests" or "associates," like Jesse. 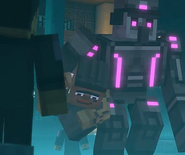