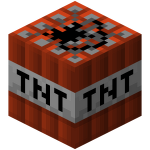 A TNT in Minecraft

"When is TNT *not* useful?!"
—Jesse when discussing the way to reach PAMA. (Determinant) src

TNT is an explosive used in Minecraft: Story Mode.

A TNT barrier inside Magnus' Tower. 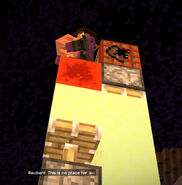 The TNT stop the flying machine, which is rotated 90 degrees.

LDShadowLady (a.k.a. "Lizzie") standing on a block of TNT. 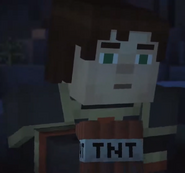 Slab sacrificing himself on a piece of TNT that's about to explode. (Determinant) 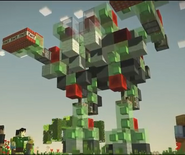