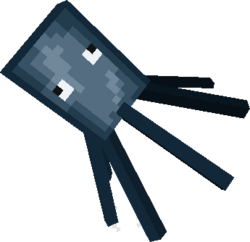 "The Order of the Stone",
"Assembly Required",
"Access Denied"

A squid from Minecraft.

Jesse with a squid on his head.

A squid in a teaser for Hero in Residence. (In the top left corner.)