"Jailhouse Block"
"Above and Beyond"

Prison Golems are a variant of Iron Golem that is exclusive to Minecraft: Story Mode. They act as guards of the Sunshine Institute. They first appeared in "Jailhouse Block".

Like their original counterparts, Prison Golems are normally passive/harmless, but will always obey the commands of The Warden and Romeo without hesitation. 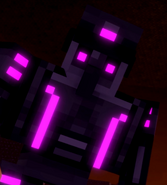 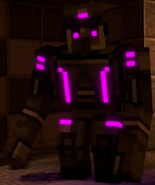 Large Henry.
Add a photo to this gallery

Retrieved from "https://minecraftstorymode.fandom.com/wiki/Prison_Golem?oldid=160827"
Community content is available under CC-BY-SA unless otherwise noted.