This article contains all images related to Lukas.

Lukas with the Ocelots.

Lukas and Aiden building at EnderCon.

Lukas with a slime ball.

Lukas hiding in a chest from the Iron Golem.

Lukas and Jesse after escaping the Iron Golem.

Lukas in the Nether.

Lukas with the gang in The Nether. 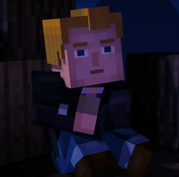 Lukas sitting in the Treehouse. 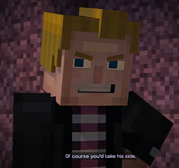 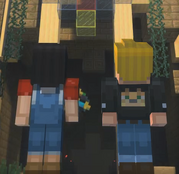 Jesse and Lukas outside the Temple of The Order of the Stone. 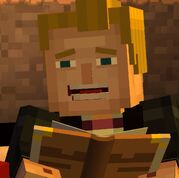 Lukas reads in the Order's temple. 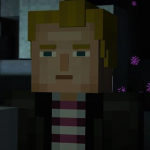 Lukas with Jesse and Reuben in the Endermen pit in Episode 2. (Determinant)

Lukas and Jesse in the title card for Episode 3. 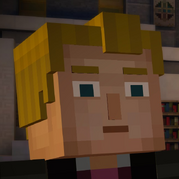 Lukas talking with Jesse in Episode 3.

Lukas in the end, along with Gabriel and Jesse.

Lukas asking Jesse for him to lead the way in the End.

Lukas mad and arguing with Jesse. 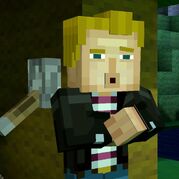 Lukas in the Wool World at The End.

Lukas and his friends discovering the entrance to Soren's lab.

Jesse, Lukas and the gang coming up with a plan to get past all the Endermen.

Lukas talking with Jesse and Gabriel. 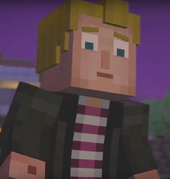 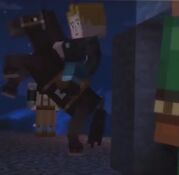 Lukas going off to save his friends (The Ocelots).

Lukas at The Swamp in Episode 4. (Determinant)

Lukas in his new armor. 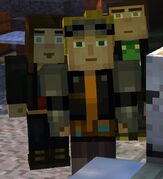 Lukas and the Ocelots cheering for Jesse's Gang.

Lukas being angry in the celebration of the New Order if Jesse is rude.

Lukas with Jesse and Petra in the treasure room.

Lukas being shown the Enchanted Flint and Steel.

Lukas walking to the temple with his friends.

Lukas with the others looking at Sky City.

Lukas with the gang in Sky City.

Lukas shaking Milo's hand after being introduced by Jesse.

Lukas with Jesse and the Eversource. 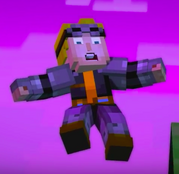 Lukas falling into the "Void".

Lukas after falling from Sky City.

Lukas on the surface beneath Sky City.

Lukas asking if Jesse is okay.

Lukas with Jesse, Ivor, and Petra.

Lukas side stepping over to Jesse. 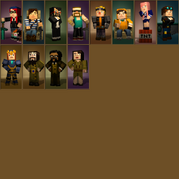 Lukas' imperfect portrait in the mansion. 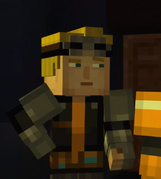 Lukas talking to Jesse in the Mansion in Episode 6.

Lukas telling Stampy Cat and DanTDM to calm down at The Mansion.

Lukas watching the Youtubers freak out.

Lukas and Jesse investigating The Mansion.

Lukas after learning The White Pumpkin in the dining hall is fake.

Lukas and Jesse by the fire.

A shadowy Lukas as Jesse looks for him.

Lukas getting framed by The White Pumpkin.

Jesse pulling Lukas into the Hallway.

Lukas in the Portal Hallway writing in his journal.

Lukas with Jesse in Crown Mesa.

Lukas about to be chipped by PAMA along with Petra. 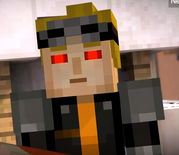 Lukas being mind-controlled by PAMA.

Lukas after PAMA is defeated.

Lukas and Jesse after defeating PAMA.

Lukas looking at the stairway.

Lukas looking up at Jesse after being shoved out of the Nether.

Lukas looking at Sebastian coming out of the Nether Portal.

Lukas with Jesse, Axel, Olivia, and Radar in the Order Hall.

Lukas working on his book. 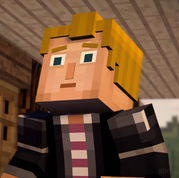 Lukas getting ready to help save Beacontown.

Lukas on his horse.

Lukas shooting an arrow at the Admin 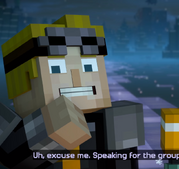 Lukas in the Icy Palace of Despair.

Radar seeing Jesse is about to get face-punched by piston.

Jesse jumped after Lukas and Radar.

Jesse, Lukas, and Radar looking happily at each other.

Lukas at the end of Giant Consequences

Lukas about to punch Admin Jesse

Add a photo to this gallery
Retrieved from "https://minecraftstorymode.fandom.com/wiki/Lukas/Gallery?oldid=186493"
Community content is available under CC-BY-SA unless otherwise noted.