Minecraft Story Mode Wiki
Register
Don't have an account?
Sign In
Advertisement
in: Humans, Characters, The Games,
and 6 more 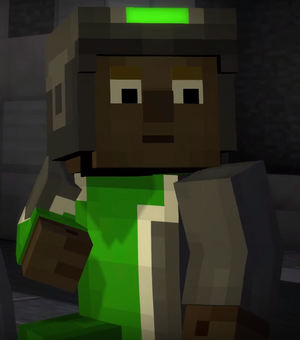 A Competitor,
The Games

"We can do this."
—Herzog to Jesse. (Determinant) src

Herzog​ is a competitor and minor character in Minecraft: Story Mode. ​He first appeared in "A Journey's End?​".

He seems happy if Jesse works together in the Lava Race, but his personality is not explored.

He has a green jump-suit, a dark skin tone, and black eyes.

Herzog at the starting line of the Lava Race.

Herzog going to the starting line of the Lava Race.