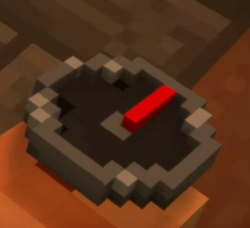 The Compass in Jesse's hands

The Compass is a device which tells the direction the owner is in.

In "Below the Bedrock'', Binta gives Jesse a compass and tells him/her that Fred gave to her. Binta says that when Fred did not come back she followed the compass needle to Romeoburg, where it stopped. Jesse later uses it to go to Romeoburg.

Retrieved from "https://minecraftstorymode.fandom.com/wiki/Compass?oldid=163458"
Community content is available under CC-BY-SA unless otherwise noted.