Axes are tools in Minecraft: Story Mode that can serve as secondary weapons.

Kinds of Axes available in Minecraft. 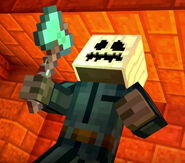 Otis with a Stone Axe. 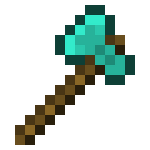 Crafting Recipe of an axe